“Could You Not Write Otherwise?” The Political Dimension of Alan Paton’s Poetry 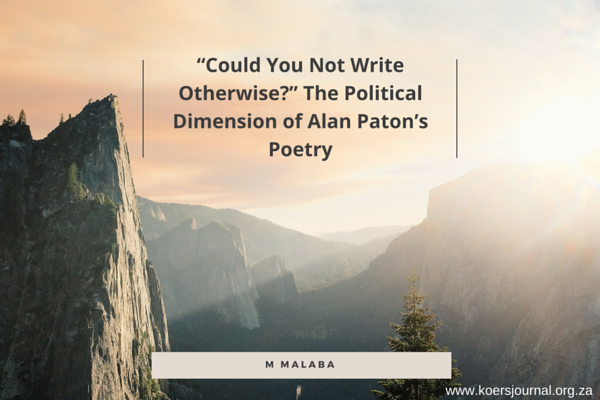 The article explores the political dimension of Alan Paton’s poetry, a dimension of his literary work that has, thus far, received little critical attention. It analyses a number of poems that suggest that Paton’s themes chose him, as is asserted in the ironic poem, “Could You Not Write Otherwise?” Paton’s books celebrate the multicultural nature of his “Beloved Country” and reveal his breadth of understanding of the experiences, hopes and fears of the white, black, coloured and Indian communities. The author critiques the cultural chauvinism that was the bedrock of “separate development”, exposes it dissonance with Christian principles and challenges its tendency to peddle racist stereotypes. Paton champions an alternative, liberal political philosophy, and is mindful of the importance of acknowledging the dignity of the despised “others”. He is conscious of the likely descent into violent confrontation with the apartheid state, which runs counter to his pacifist stance.